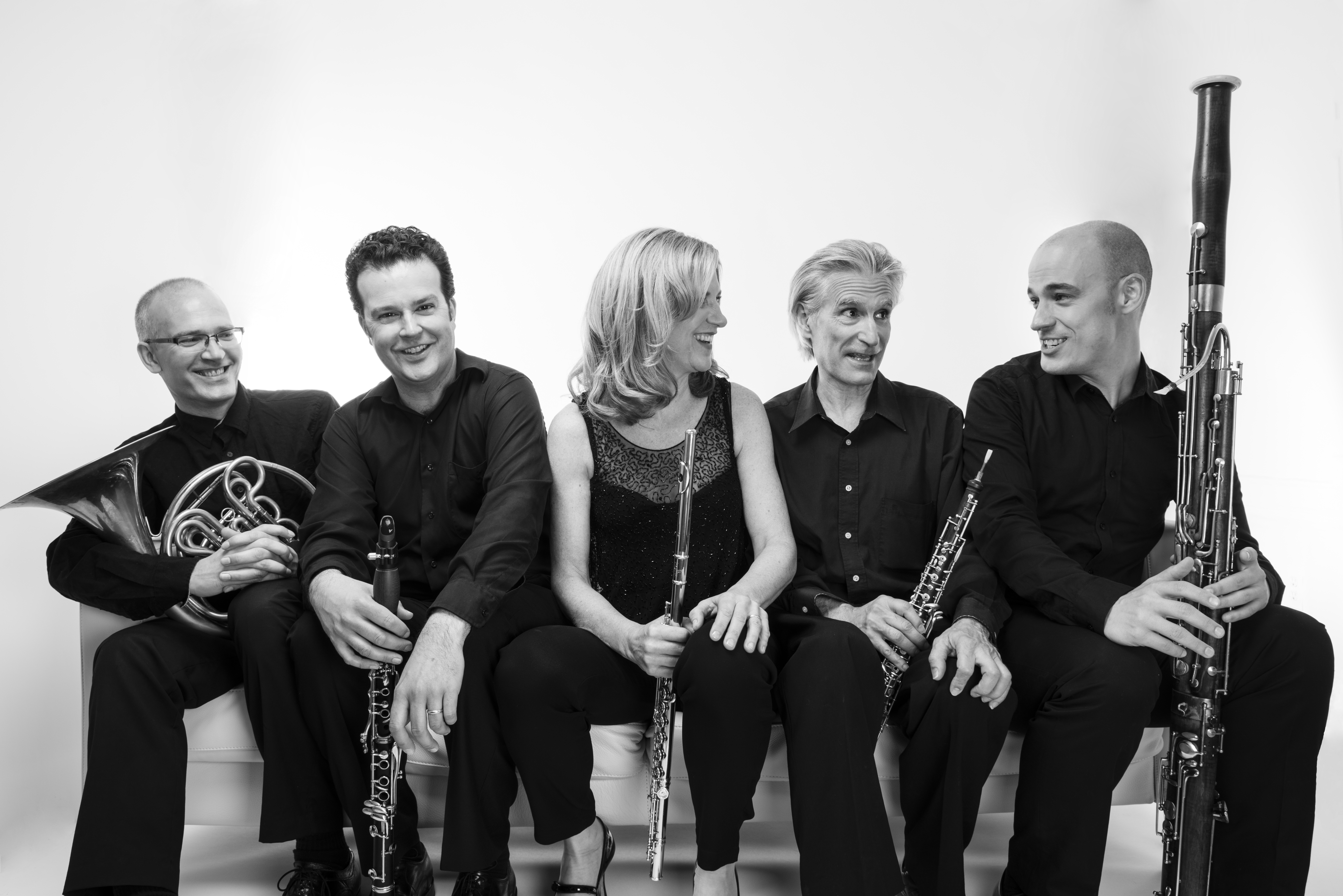 THE SHOW: Not the usual group featuring the wonderful sounds of oboe, flute, clarinet, horn, and bassoon.

Recognized by critics, audiences, and professional musicians alike for its uniquely polished and passionate performances, Dorian Wind Quintet is known worldwide as one of chamber music’s preeminent and longest continuously-active ensembles. The Quintet has literally been around the world – concertizing in the United States and Canada, touring Europe eighteen times, and playing throughout the Middle East, India, Africa and Asia. The Dorian made history as the first wind quintet to appear at Carnegie Hall.

They will perform excerpts from their epic chronological programme that begins with the 15th Century and ends with the NOW: Renaissance Suite (transcribed by R. Roseman/works by Heinrich Issac & others), three wind/piano duos by Fauré, homage to Pulitzer prize winning works (Samuel Barber – Summer Music and George Perle – Wind Quintet No. 4 (1984)) and Canadian premiere of a commissioned new work by Amanda Harberg.