Anton Kuerti was artistic director from 2007-14.

Effective with the 2014-15 season, he is artistic director emeritus providing oversight on artists and programming selections. During his tenure as artistic director, Anton’s vision was to continue advancing the Mooredale Concerts enterprise providing the highest quality classical music to the public at affordable prices. After 31 years in operation, Mooredale Concerts has established itself as an important part of Toronto’s cultural scene. Anton expanded concert content to include international performers, and Canadian debuts where possible, and this practise has been adopted as a regular feature of our seasons.

Anton Kuerti has performed with leading orchestras and conductors in nearly 60 countries. In Canada, Kuerti has appeared in 150 communities from coast to coast, and has played with every professional orchestra, including over 50 concerts with the Toronto Symphony. His vast playing repertoire includes almost 50 piano concertos and he has 42 recordings to his credit.  He has recorded all the Beethoven concertos and sonatas, the Brahms and Schumann concertos, and all the Schubert sonatas. His recordings have garnered international recognition:

* “One of the truly great pianists of this century … stunningly played … poignantly beautiful … a superb Schubert player.’ — CD Review (London)

* “An intellect performing at the highest spiritual and technical level – there is no other Beethoven Sonata cycle with such mystical inner excitement.” — die Welt (Berlin)

He made his debut at age 11 with the Boston Pops Orchestra. Anton won the prestigious Leventritt Award when he was still a student, and this launched his performance career. Other awards and honours include Officer of the Order of Canada, the Banff Centre National Arts Award, the Schumann Prize of the Schumann Gesellschaft, the Governor General’s Lifetime Artistic Achievement Award, and honourary doctorates from several universities including McGill, York, Dalhousie, Brandon, Wilfrid Laurier, and The University of Western Ontario.

For more information and to purchase his recordings, please visit Anton’s website www.antonkuerti.com 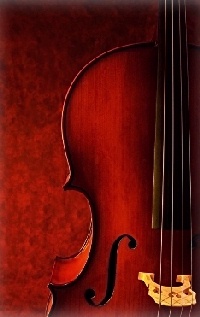