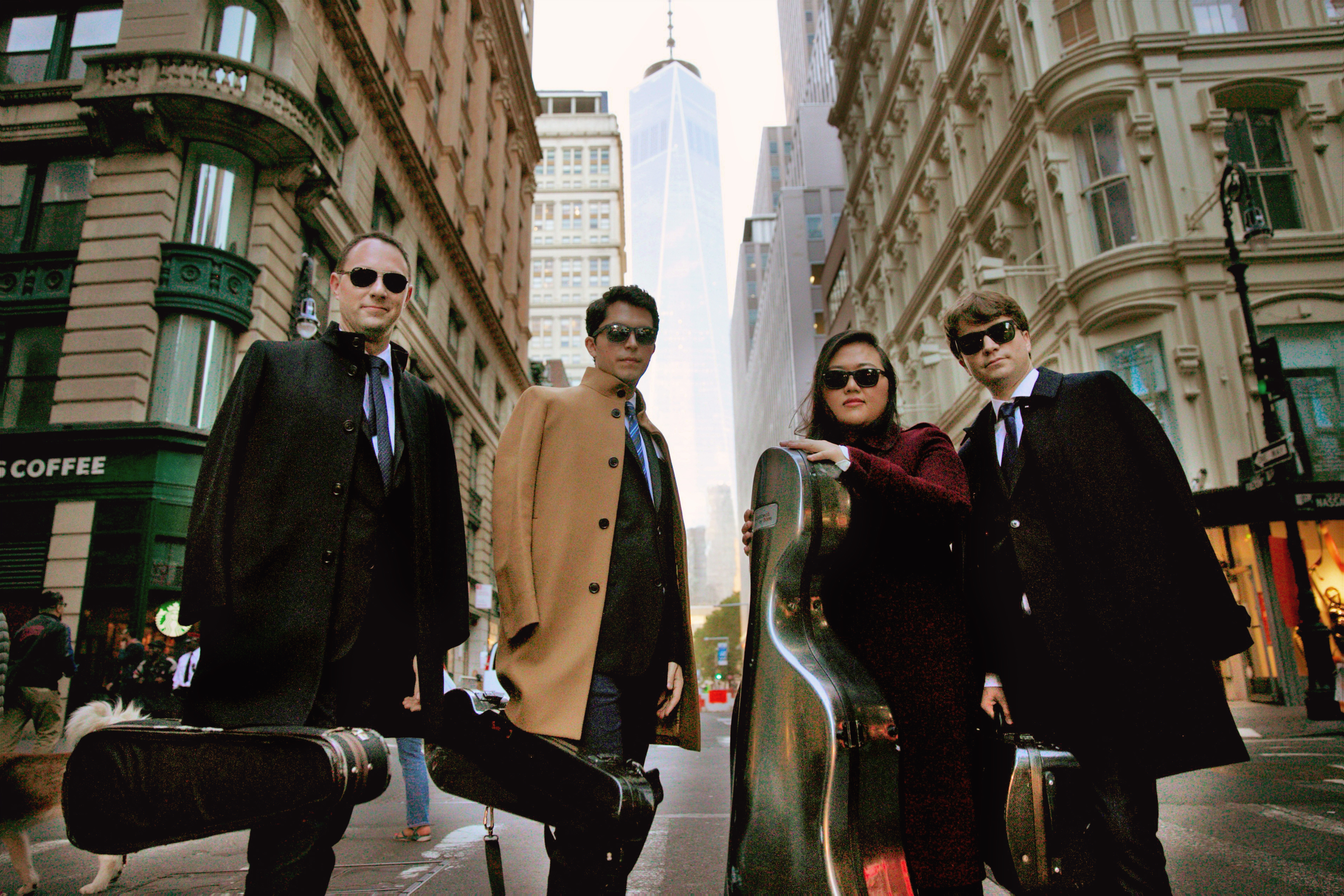 “Deep reserves of virtuosity and irrepressible dramatic instinct” -New York Times and “balance of intellect and expression” -Los Angeles Times has won Calidore String Quartet accolades across the globe, firmly establishing them as one of the finest chamber music ensembles performing today. They have garnered the most prestigious prizes for chamber music in North America and Europe including the 2018 Avery Fisher Career Grant and BBC Radio 3 New Generation Artists.

As protégés of the Emerson Quartet, Calidore has performed joint programs with them. Their debut album (October 2018 release) for Signum Records, includes quartets by Mendelssohn, Prokofiev, Janacek and Golijov. They have collaborated with esteemed artists such as Jean-Yves Thibaudet, Gabor Takacs-Nagy, and Joshua Bell.