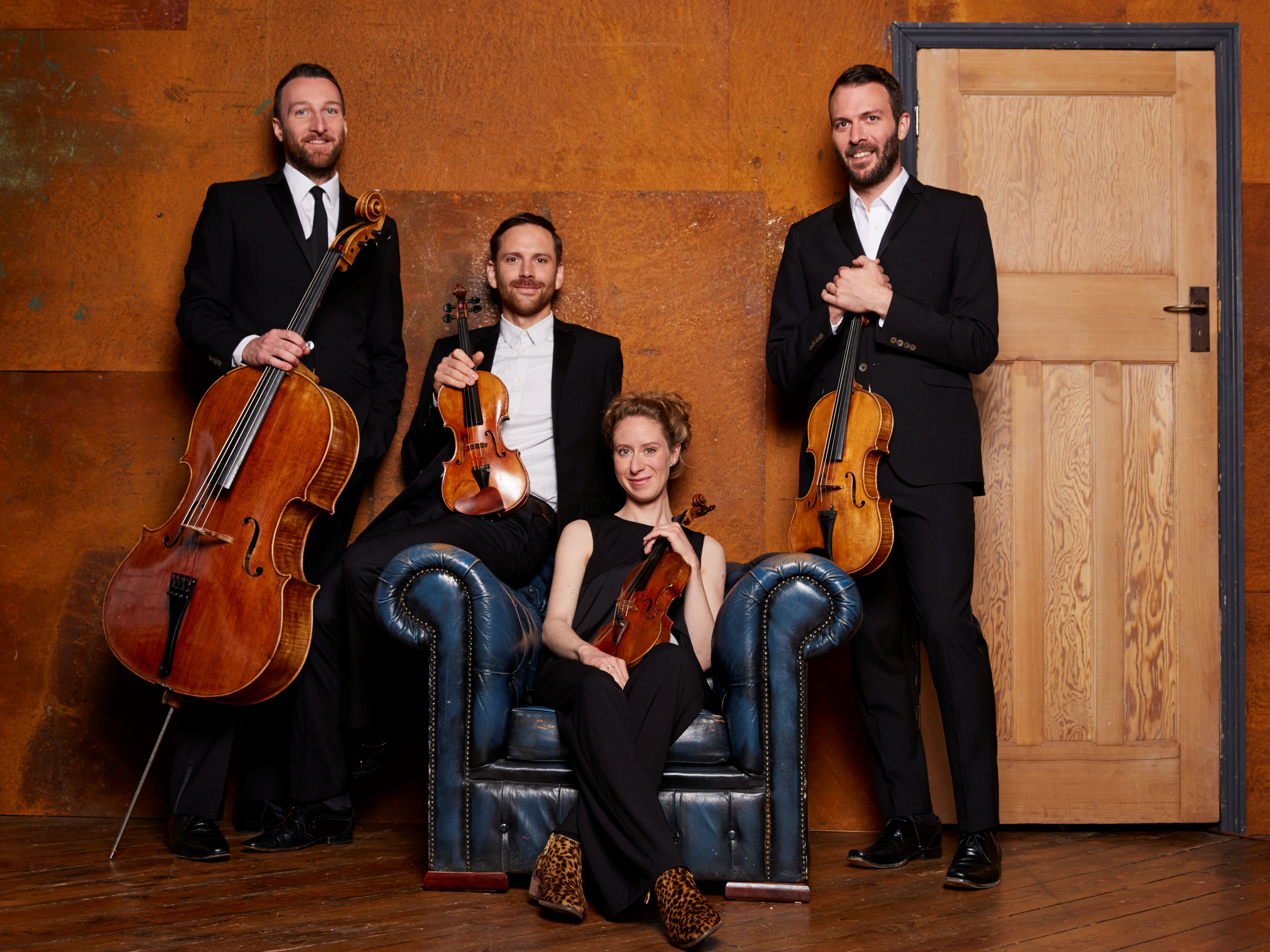 The dynamic and charismatic Heath Quartet is considered one of the most exciting British chamber ensembles of the moment. In 2013, it became the first ensemble in 15 years to win the prestigious Royal Philharmonic Society’s Young Artists Award. In 2016, their recording (Tippett’s string quartets) won Gramophones’ Chamber Disc of the Year.

The quartet has worked with many talented collaborators including Ian Bostridge, Adrian Brendel, Michael Collins, Stephen Hough, and the Tokyo Quartet. They are professors of chamber music at the Guildhall School of Music and Drama.

“Broad paragraphs of bold expression were avidly pursued but always stemmed from a lucid intellectual plane.” -The Strad