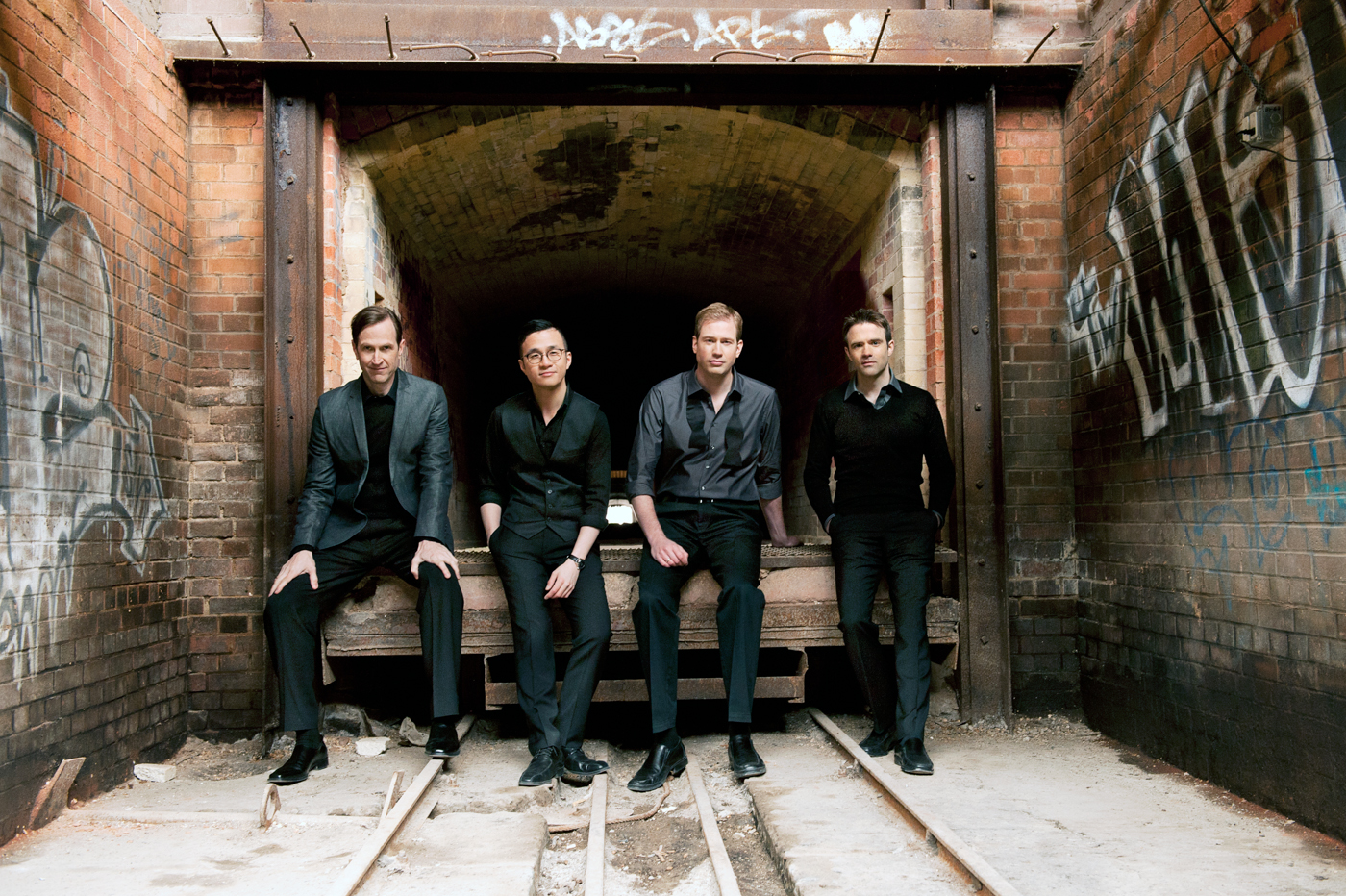 Violinists Jonathan Crow and Andrew Wan are concertmasters of the Toronto and Montreal Symphony Orchestras, Brian Manker is principal cello in Montreal and Eric Nowlin, principal viola at the Detroit Symphony. They formed in 2009, following the footsteps of the original Orford Quartet, Canada’s internationally admired ensemble.

Their concept – to bring four elite orchestral leaders together on a regular basis over many years to perform chamber music at the highest level – has resulted in a quartet that maintains a remarkably fresh and virtuosic perspective. While they tour major North American cities, the players also feel strongly about bringing their performances to small rural towns, and performing works by Canadian composers. They are 2017 JUNO winners for best classical album.

“…unfailingly lean, silvery beauty…showed a mastery that cooled Brahms’ anguish just a little and took some of the bluntness off the Beethoven.” -Chicago Tribune

“…nothing short of electrifying…These four string virtuosos animate every note with uncommon power and passion as well as elegance. Listen and weep.” -The Star

We acknowledge the support of the Canada Council for the Arts.