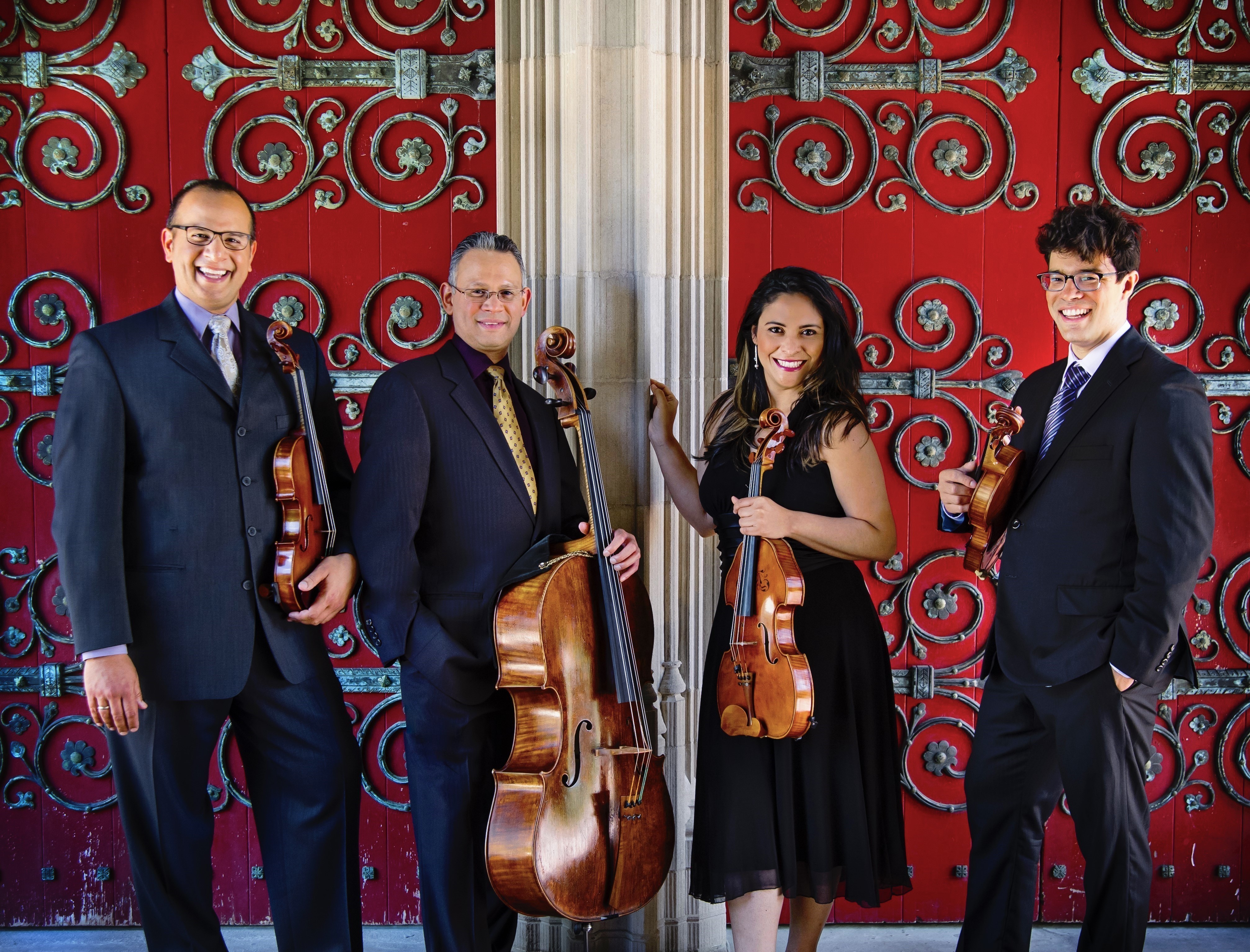 The Dalí String Quartet’s passionate energy is poured into everything they do, generating critical and audience acclaim for their Classical Roots, Latin Soul motive. Anchored in both Venezuela’s El Sistema and American classical conservatory traditions, this exciting young quartet combines the best of both worlds, embracing imagination and excellence as central to its art form.

Dalí’s members are award-winning solo and chamber artists who have appeared at Carnegie Hall, toured widely in Europe and Asia, and recorded for Dorian, Centaur, and Naxos. As a quartet, they have been invited to perform with emphasis on the Latin-Classical connection for television, festivals and presenting organizations in North and South America. They trained at illustrious institutions: Cleveland Institute of Music, Indiana University Bloomington, Conservatoire de Musique de Genève, and the Simón Bolivar Conservatory Caracas.

The ensemble’s adventurous and entertaining programming includes new works for quartet with percussion, clarinet quintets in both Latin and classical styles, and an American tour with gold-medal pianist Olga Kern. In 2004, they founded the International Music Festival, an admired chamber music and orchestral program that develop the performance skills of young musicians.

They will perform a Latin-Classical programme: Piazzolla, Alvarez, Turina, Morales, followed by two works by Schubert.

“The Dalí created lush waves of sound … this performance delivered with excellence of expression and ensemble.” Peninsula Reviews, California

Our Winter term concerts will feature a chamber music ensemble made up of members of the Senior Orchestra, and works by living Canadian composers: Elizabeth...

THE SHOW: Violin & Piano – all-Beethoven! Come prepared for our version of the Austrian salon. Versatile violinist Andrew Wan is concertmaster of the Orchestre...

Versatile violinist Andrew Wan is concertmaster of the Orchestre Symphonique de Montréal and a member of the acclaimed New Orford String Quartet. As a soloist,...

Concerts held at: Walter Hall, Edward Johnson Building, UofT 80 Queen's Park M5S 2C5
Social LikeBox & Feed plugin Powered By Weblizar
This site uses cookies and other technology. By using this site you consent to their use, according to your browser settings.
How to manage cookiesI UNDERSTAND